The future of liquefied natural gas in marine bunkers “remains uncertain for the time being” and has resulted in some newbuilding orders being cancelled, reports Lloyd’s List quoting an OPEC report.

OPEC’s World Oil Outlook, released on 28 September with forecasts of energy use through to 2045, estimated that LNG in maritime transport would expand in the medium-to-long term.

The oil-producing cartel’s World Oil Outlook 2021-2045 (WOO) says the shipping industry is “at a technology crossroads” in its search for alternative fuels.

“The future of LNG in marine bunkers remains uncertain for the time being, as some have voiced doubts about its long-term sustainability, in view of CO2 emission reduction targets, and have called for the increasing use of renewable hydrogen or ammonia instead,” it says.

“Some orders of LNG-fuelled vessels have been cancelled amid these concerns,” it claims.

Nevertheless, the report concedes that LNG “could become the dominate fuel, especially for large ocean-going vessels”, adding: “The advantage of LNG would be a significant reduction in carbon dioxide emissions, compared to liquid fuels,” noting that the availability of LNG bunkering facilities had “increased significantly in recent years”.

It predicts: “Demand for marine bunkers is projected to remain flat after 2030. During this period, LNG vessels are expected to achieve sufficient penetration.”

However, the spike in the cost of LNG bunkers is beginning to be a concern, the gas now running at the equivalent of around $300 a tonne more expensive than fuel oil in the marine hubs of Rotterdam and Singapore.

The rise in LNG prices was previously regarded as “temporary”, but some in the energy sector are suggesting there could be further increases and it is reported that even LNG tanker vessels that generally consume a combination of marine gas oil and ‘boil off’ gas from their cargo are now bunkering entirely with fuel oil, due to the price disparity.

A pick-up in economic activity following a cold winter in the northern hemisphere has resulted in storage levels at multi-year lows, sending gas prices soaring, and there are fears that another cold winter will send prices through the roof.

According to Ship & Bunker, prices for LNG bunkers at Rotterdam this week have seen a spike of over $200, to $1,425 a tonne, with brokers expecting further increases in the coming days.

Debate on LNG as transition fuel

Notwithstanding, the comments in the OPEC report, The Loadstar has been unable to ascertain if any of the current LNG containership newbuild orders have had fuel specification amendments.

However, one carrier source told The Loadstar his company was “not unduly concerned” by the LNG price spike, given that the ships on order were designed as dual-fuelled and could be run on low-sulphur fuel oil.

But the industry does seem to be split on its take-up of LNG as a transition fuel. For example, non-operating containership owner Seaspan Corporation’s orderbook of 70 ships, which it will charter to liner companies, features just 25 LNG-powered vessels.

Moreover, its recent order for a further ten 7,000 teu vessels – understood to be for long-term charter with Japanese carrier ONE – will be scrubber-fitted and capable of burning cheaper heavy fuel oil. 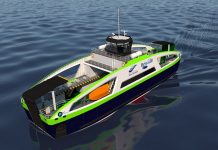