A recent news article published in the News Medical Life Sciences written by Sally Robertson says that a study conducted by researchers in Germany has found that the B.1.617 variant of severe acute respiratory syndrome coronavirus 2 (SARS-CoV-2) emerged in India entered certain types of lung and intestine cells with slightly increased efficiency compared with the original wild-type strain.

However, this host cell entry was not blocked by the monoclonal antibody Bamlanivimab, which has received emergency use authorization (EUA) as a COVID-19 treatment.

Finally, B.1.617 also partially evaded neutralization by the antibodies induced through natural infection or immunization with the Pfizer-BioNTech BNT162b2 vaccine.

Markus Hoffmann and colleagues say that antibody evasion by B.1.617 may contribute to the rapid spread of this variant.

A pre-print version of the research paper is available on the bioRxiv* server, while the article undergoes peer review.

The emergence of variants threatens efforts to contain the pandemic

Since the COVID-19 outbreak first began in late December 2019, variants of the causative agent SARS-CoV-2 have emerged that threaten efforts to contain the pandemic.

For example, the B.1.1.7 lineage that emerged in the UK and is now spreading in many countries shows increased transmissibility compared with previously circulating strains.

Researchers suspect that this increased transmissibility may be linked to the N501Y mutation in the receptor-binding domain (RBD) of the viral spike protein – the main structure the virus uses to infect host cells.

This spike protein is comprised of two subunits.

The RBD in subunit 1 binds to the host cell receptor ACE2, which is followed by activation of the spike by transmembrane protease serine 2 (TMPRSS2) or other cellular proteases.

Subunit 2 (S2) then facilitates the fusion of the virus and cell membrane to enable the delivery of the viral genome into the cell.

These processes are essential for SARS-CoV-2 infection, and the spike protein is the primary target of monoclonal antibody therapies and the neutralizing antibodies generated following vaccination or natural infection.

What about the other variants?

The B.1.351 and P.1 variants that became dominant in South Africa and Brazil, respectively, harbor the spike RBD mutation E484K, which has been shown to reduce neutralization by antibodies.

So far, antibody evasion has been shown to be most prominent for variant B.1.351, however, it is unclear whether variants may arise that exhibit yet further or even complete resistance to neutralization.

The sharp rise in COVID-19 cases and deaths in India over recent weeks is thought to be caused by the novel variant B.1.617, which harbors eight mutations in the spike protein.

These include the RBD mutations L452R and E484Q, which are known to modulate antibody-mediated neutralization.

However, the researchers say it is not currently known whether B.1.617 resists this antibody-mediated neutralization.

The researchers say it is also unknown whether these spike mutations might alter important properties such as the efficiency of host cell entry or susceptibility to certain drugs.

What did the researchers do?

To test whether B.1.617 is more adept at entering cells, the researchers infected eight cell lines with pseudotyped virus particles expressing spike protein from the original wild-type virus, the B.1.617 variant, or the B.1.351 variant.

Of the eight cell lines tested, the spikes of B.1.617 and B.1351 mediated entry into Calu-3 lung cells and Caco-2 colon cells with slightly increased efficiency, compared with the original strain. 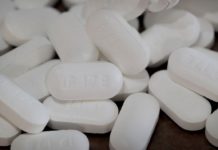 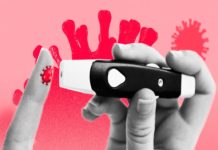