Officials in Taiwan have called on local residents to avoid buying over-the-counter fever medicines in bulk, as a run on the medicines across the Taiwan Strait in China prompted fears of shortages on the democratic island too.

Victor Wang, who heads Taiwan’s Central Epidemic Command Center, said there is already a shortage of Panadol, a brand name for the painkiller and antipyretic medicine acetaminophen.

A recent survey conducted by the Center found that several drugstores in Taiwan had almost run out of Panadol, Wang told a news briefing in Taipei on Monday.

“There has been bulk-buying of Panadol here, and there is almost none left on the shelves, or very little,” Wang told a news briefing in Taipei.

“We have contacted the manufacturers, hoping they can speed up supply to meet market demand.”

“We would like to remind everyone that they should only buy drugs like Panadol in moderation, according to need,” he said.

“Don’t buy them in large quantities and send them overseas.”

He said the government would continue to monitor the situation and consider whether further measures would be needed.

He said Taiwan also makes its own acetaminophen, and that it had mostly been the imported brands of the drug that had been cleared from pharmacy shelves.

But given that China currently supplies 50% of Taiwan’s active pharmaceutical ingredients, there are concerns that the shortages in China could lead to an export ban.

Pharmacies in Taipei have reported a spike in demand for fever medicines to be shipped to China, Radio Free Asia has learned.

A survey of several pharmacies and chain drugstores in Taipei on Monday showed no Panadol available for sale, even in pharmacies with notices up limiting purchases to two per person.

Some people had enquired about buying more than 10 packs of Panadol, one pharmacist told Radio Free Asia.

“I asked them why they wanted to buy so much Panadol, and they all said they would be sending it to friends and relatives in China,” the pharmacist said.

“I recommended some generic brands of acetaminophen, but they all said people in China only trust Panadol.”

Radio Free Asia reported last week that the run on fever-reducing antipyretics like ibuprofen and acetaminophen had spread to Hong Kong, and with it pharmaceutical price-gouging.

Hoarding of fever medicines is also being seen in Hong Kong, Macau, and Australia, with people snatching up medicines to be sent to China, according to a number of media reports.

The China Business News reported on Dec. 17 that many people in China have been trying to source the drugs with family and friends overseas, now that many online pharmacies have sold out or are offering imported medicines at hugely inflated prices.

It quoted Shanghai resident Lin Shen as saying that he had managed to source four bottles of pediatric Panadol via relatives living in Australia.

China’s National Health Commission on Monday reported its first deaths from COVID-19 since the end of the zero-COVID restrictions earlier this month.

The two deaths were the first to be reported by the NHC since Dec. 3, days before the announcement that the policy had been abandoned.

China says it has only suffered 5,237 COVID-related deaths during the pandemic, including Monday’s deaths — a number seen as extremely low, considering its population of 1.4 billion people and compared to global standards.

Authorities have also stopped reporting asymptomatic cases as of last week, citing a drop in mandatory testing since the end of the zero-COVID policy.

Observers have expressed concern that the latest numbers fail to show the severity of the current outbreak. 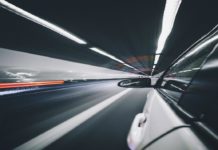