Recycling is bringing a “step change” to the metals industry, pushing up scrap demand and prices as companies…., says an article published on sp global website.

Recycling is bringing a “step change” to the metals industry, pushing up scrap demand and prices as companies and consumers recognise the value of recycled content and green premiums for low-carbon metals emerge, delegates at the Financial Times Commodities Global Summit heard March 21.

“Where there’s a step change now is on recycled material, we will see more recycling and scrap prices will rise to encourage more collection,” Eoin Dinsmore, head of base metals demand and markets, CRU, told the summit, held in-person in Lausanne, Switzerland, and virtually. Scrap markets are being partly driven by China, now more discerning on scrap and “competing” for higher-grade material worldwide, the analyst said.

Copper scrap in previous years traded at an $800/mt discount to a metric ton of primary copper but is currently trading at a $300/mt discount, according to Dinsmore. “The market is placing value on different things, other than just green premiums,” he noted.

There are two types of green premiums: price premiums for low-carbon metals and environmental, social and governance certifications, which are increasingly needed for market access, panelists at the event concurred.

ESG certification is much broader and better-established, typically involving memberships of groupings including the Copper Mark and the Aluminium Stewardship Initiative. It is increasingly demanded by capital markets and investors, with individual consumers and consumer companies such as OEMs also playing an important part, the panellists said.

“Green must not just be about carbon – there’s so much more that industry can improve on the social and the nature side,” said Jamie Strauss, founder and CEO of Digbee, a technology company focused on improving the mining industry’s ESG performance. Standardization is key to establishment of both green and ESG credentials, he said.

New responsible sourcing reporting criteria will be introduced into LME metals trading in June, which may translate into a premium on the value chain, said Georgina Hallett, London Metal Exchange chief sustainability officer.

“We’re rapidly getting to the point where metal won’t be traded if it isn’t responsibly-sourced, or people certainly won’t expect to pay the same price for it,” she said. “This is driven by the risk-compliance departments of big banks and trading firms.”

However, the LME will decide only later when to introduce low-carbon metals contracts onto the exchange, probably in “multiple years’ time,” according to Hallett. In aluminum, this might not happen for at least five years due to current low levels of low-carbon trading, too small to justify the introduction of a specific contract, she indicated.

“The LME needs to keep its prices reflective of what’s happening in the real world,” she said, noting that introduction of low-carbon contracts might involve excluding substantial amounts of non-green metal from the exchange.

Premiums or discounts may be emerge in different market conditions, Hallett indicated, recalling that when the aluminum metal market was experiencing warehouse queues, it was considered the LME price was at a discount because it reflected the price of aluminum stuck in a queue.

CRU’s Dinsmore agreed it is still early to introduce new green contracts on exchanges such as the LME due to low volumes of green metal and lack of standardization. In the case of aluminum production, the lowest emitter emits 2 mt of CO2 per metric ton of aluminum and the highest 17 mt CO2 per metric ton.

Most aluminum in metals warehouses is high-carbon material, said Dinsmore, noting that it could take at least five-10 years for the industry to transform its carbon footprint, although there could be earlier benefits from greening of the grid.

“We don’t yet have clear carbon pricing, and we’re a long way off that,” the CRU analyst said, noting that this will be another “severe step change” when it is fully formalized, directly impacting green premiums.

The European Union’s proposed Carbon Border Adjustment Mechanism may further increase risks to EU industry which is already struggling with high gas and electricity prices, Dinsmore said. CBAM may be keenly questioned in the EU in the long term, as it could boost profitability of low-carbon production elsewhere, the analyst indicated.

The Russia-Ukraine war has drawn attention to the fact that Russia offers among the lowest-carbon aluminum and nickel in the world, he said. 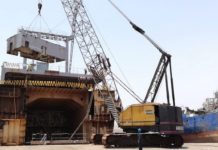 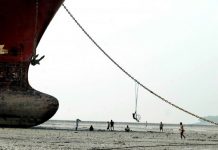