Huge blow to the drug

“There is currently no evidence that it improves survival or the need for ventilation,” a panel of WHO-convened experts developing Covid-19 treatment guidelines said in The BMJ medical journal.

The recommendation is a blow to Gilead’s drug, which was one of the first thought to offer a meaningful benefit to coronavirus patients after a study showed it reduced their recovery time. The antiviral has been used widely to treat Covid and was among the drugs President Donald Trump received when he was diagnosed with the disease in early October.

The experts made the recommendation after the results of a global trial sponsored by the WHO, called Solidarity, found last month that remdesivir didn’t reduce deaths.

They also reviewed data from three other trials and said the drug “has no meaningful effect” on the time it took patients to clinically improve.

The Solidarity results were published on Oct. 15. The U.S. Food and Drug Administration approved the drug a week later, basing its decision on a trial run by the National Institutes of Health that showed remdesivir reduced hospitalized patients’ recovery time by five days.

Gilead has questioned the results of WHO’s trial and said the agency still has not released key data to allow the company or others to evaluate the reliability of the interim results.

Despite the discordance with the WHO, the FDA said in its review of remdesivir that “there were no issues identified that would benefit from discussion” by a panel of outside advisers.

On Thursday evening, U.S. regulators doubled down on their support for the antiviral.

The FDA granted an emergency use authorization for remdesivir in combination with baricitinib, a rheumatoid arthritis treatment from Eli Lilly & Co. and Incyte Corp., for hospitalized Covid-19 patients requiring supplemental oxygen or ventilation.

The Solidarity trial was “not very well controlled,” Ricks said, and the NIH took a more calculated approach to conduct highly controlled clinical trials that account for these incremental benefits, and thus, were relying on different data. “A lot of progress is made in medicine in improving outcomes through incremental advances,” he said.

“This decision by the WHO throws some confusion out there,” he said. “But personally, our view in our industry is to use better-controlled studies to evaluate the benefits of medicines.”

The drug is still used by many countries

The FDA originally granted emergency use authorization to remdesivir in May. Gilead requested full FDA approval in August.

The European Commission granted the drug conditional authorization in July based on the U.S.-led clinical trial.

Other countries have also approved remdesivir as a treatment for Covid. Japan’s chief cabinet secretary, Katsunobu Kato, said Friday there’s no need for the nation, which gave its nod in May, to review remdesivir’s approval at this time.

Zhong Nanshan, a Chinese expert on infectious disease, said at a conference in Zhuhai that remdesivir isn’t “entirely useless,” citing shortened hospital stays among mild patients in the U.S.

The WHO experts wrote in The BMJ that their findings shouldn’t be interpreted to mean that remdesivir is ineffective, but that “there is no evidence-based on currently available data that it does improve patient-important outcomes.” 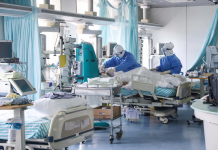 A Surge In Cases During The Holiday Season In The US 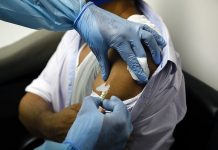 Will Trials Alter the 90% Efficacy of Pfizer Vaccine?

No Science To Prove Covid 19 Second Wave, A Doctor’s Challenge