Shell, Engie, Vopak, and Anthony Veder have come together to sign a memorandum of understanding for H2Sines.RDAM project aims to create green hydrogen on a unit located in Sines, convert it to liquefied hydrogen, and export it to Rotterdam via a liquid hydrogen carrier, says an article published on 20cube.

Other than the three main partners, there are many supporting partners also involved in the project including REN, Port of Rotterdam, Port of Sines, Gasunie, and ABN AMRO.

The objective is to deliver the first shipment of liquid hydrogen from Sines to Rotterdam by 2028. Also, there is an additional agreement, wherein the Portuguese and Dutch governments are set to develop a strategic maritime hydrogen corridor.

Meanwhile, the port is set to work on the first green hydrogen corridor between southern and northern Europe with Spanish Energy Company Cepsa arranging a green hydrogen supply chain between Rotterdam and Algeciras, the main ports of Europe, and the trade lane is expected to become operational by 2027. 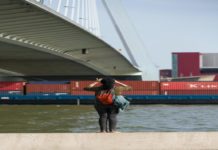 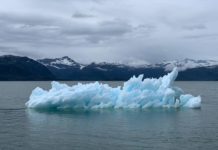