Russian forces are continuing their attempted push through Ukraine from multiple directions, while Ukrainians, led by President Volodymr Zelenskyy, are putting up “stiff resistance,” according to U.S. officials, reports abc News.

Ukraine Volodymyr Zelenskyy on Wednesday praised the United Nations General Assembly for its vote to condemn the Russian invasion and call for the withdrawal of Russian troops.

Zelenskyy called the results of the vote “destructive” for the aggressor, and said it shows “a global anti-Putin coalition has been formed and is functioning.”

“I praise the approval by the #UN GA with an unprecedented majority of votes of the resolution with a strong demand to Russia to immediately stop the treacherous attack on. I’m grateful to everyone & every state that voted in favor. You have chosen the right side of history,” Zelenskyy said in a tweet.

“The world is with us. The truth is on our side. Victory will be ours!” Zelenskyy said.

By a vote of 141-5, with 35 countries abstaining, the United Nations General Assembly voted on Wednesday to condemn the Russian invasion of Ukraine and call for the immediate withdrawal of Russian forces.

In its third day, the emergency meeting of the UNGA showed the divide between the West and Russia and its allies.

U.S. Ambassador Linda Thomas-Greenfield expressed the country’s support for Ukraine, warning that Russia plans to ramp up its attacks.

“It appears Russia is preparing to increase the brutality of its campaign against Ukraine,” Thomas-Greenfield said. “We’ve seen videos of Russian forces moving exceptionally lethal weaponry into Ukraine, which has no place on the battlefield–that includes cluster munitions and vacuum bombs, which are banned under the Geneva Convention.”

“At every step of the war, Russia has betrayed the United Nations. Russia’s actions go against everything this body stands for,” Thomas-Greenfield said.

“To the Russian soldiers sent to the front lines of an unjust, unnecessary war. I say your leaders are lying to you–do not commit war crimes, do everything you can to put down your weapons and leave Ukraine. The truth is that this war was one man’s choice, and one man alone. President Putin,” Thomas-Greenfield said.

Thomas-Greenfield also called on Belarus to stop its support of the war and to stop allowing its territory to facilitate this aggression.

The representative for Belarus denied the accusation that the country is involved in the unlawful use of force against Ukraine.

“We categorically reject accusations against Belarus that we are involved in unlawful use of force against Ukraine. I will let you in on a secret. Yes, we are involved. The president of Belarus, Alexander Lukashenko, personally is sparing no efforts to ensure contacts between the Russian and Ukrainian sides,” said Valentin Rybakov, the representative for Belarus.

Claiming the country had been embroiled in “a state of civil war” for nearly a decade, Rybakov said “we all bare our share of responsibility for what is happening in Ukraine.”

The country voted against the resolution condemning the Russian invasion.

Ukraine’s Sergiy Kyslytsya urged the body to move quickly to condemn Russia, warning that a delay would result in the loss of more lives as it did during the Second World War.

“They have come to deprive Ukraine of the very right to exist. They have come to resolve the ‘Ukrainian issue,'” Ukraine’s Sergiy Kyslytsya said of Vladimir Putin and other top ranking Russian officials. “Just stop and think if whether these words remind you of something.”

He also mentioned the destruction of the Babyn Yar holocaust memorial. “What an irony when victim of Nazis are being killed for a second time by Nazi modern followers,” he said. “It’s already clear the goal of Russia is not an occupation only. It is genocide.”

Kyslytsya urged each country to take a stand or face the same plight as Ukraine.

“The evil will never stop. It requires more and more space to conquer. If tolerated, it advances further and further. The draft resolution is one of the building blocks to build a wall to stop it,” he said. “The wall to protect all of you.”

Russia’s Defense Ministry on Wednesday said that 498 Russian servicemen have been killed and 1,597 have been wounded since the start of its invasion of Ukraine.

This is the first time Russia has announced the number of military casualties it has suffered.

Ukraine claims over 5,000 Russian soldiers have been killed since the start of the invasion. 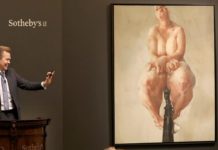