The IMO’s Hong Kong International Convention for the Safe and Environmentally Sound Recycling of Ships (HKC) adopted in 2009 is the most widely accepted regulation impacting sustainable ship recycling.

But at present, though ratified by a few nations, the HKC has not officially entered into force yet.

As per the EU WSR, the export of hazardous waste from EU member states to any developing (Non-OECD) country is forbidden.

It allows the export of hazardous waste(s) from the EU to OECD countries, subject to prior agreement between the exporting and importing countries.

The EU tries to enforce the EU WSR on end-of-life ships by classifying the end-of-life vessel itself as hazardous waste.

The EU also developed another regulation in 2013, the EU Ship Recycling Regulation (EU SRR), which came into force in 2018.

Both EU WSR and EU SRR  are more “stringent” (for non-EU recyclers) than the HKC.

As a result, ship owners are often accused of illegality when selling their vessels even to HKC compliant yards in the Indian sub-continent and Turkey.

They are forced to take excessive and unnecessary actions that are economically disastrous and, at times, environmentally irresponsible.

This results in a lose-lose situation for the owners, regulators, buyers, and even the environment.

Consequently, well-intentioned regulations lead to the opposite consequence in reality. In the following paragraphs, we will study two such cases:

In May 2014, the owner of a 1987-built PCC decided to sell his vessel for recycling. It reached the end of its service life in the Mediterranean Sea, and the owner considered both Turkish and Indian ISO-certified Green yards. As is generally the case, there was a considerable price gap of around USD 200/Ton between the Turkish and Indian markets. The sellers completed the last cargo voyage from Antwerp, Belgium, to a West African port.

As the vessel was not EU-flagged, EU WSR or EU SRR should not have applied—even if it was departing from an EU port / EU waters on a final cargo run. But, since the decision to recycle the vessel was made while she was in an EU port, the ship was arrested at Antwerp, and authorities forced the owner to complete the required paperwork to export hazardous materials.

This expensive and time-consuming process cost the owner, and on top of that, they had to pay compensation to the Indian yard to cancel the sale. In the end, they had to resell the vessel to a Turkish yard at a significant price reduction. Was this particular yard truly better than the Indian yard? Did the delays in the recycling of the vessel benefit society and the environment?

In Oct 2020, a 1989-built small PCC came close to the end of its service. The sellers decided to recycle the vessel in Turkey as their last discharge port was Autoport, Turkey. When the ship sailed out from Vigo, Spain, to transport the cargo to Autoport, the Belgian authorities intervened and declared that the vessel had breached EU WSR.

They further stated that the decision to recycle the ship was made while she was in an EU port. As a result, the owner had to bring the vessel back to Spain, complete the notification formalities, and pay high compensation to the Turkish yard for canceling the deal. Apart from that, the notification process took the owners more than seven months to complete because of discrepancies in some of the information provided to the authorities.

The owner thereby had to resell the vessel to an EU-listed Turkish yard with a massive reduction in the price. For the seven months, the sellers waited for the paperwork to clear, the ship IDLED. What are the economic and environmental costs of idling a vessel for SEVEN months?

Is the EU-approved yard TRULY better than an HKC certified yard? Professionals in the field believe that a well audited HKC yard is BETTER than an EU-approved yard in Europe that does not have to go through strict audits. If this is the case, to whom is the EU SRR benefitting? The so-called guardians of the environment and the regulators who blindly follow them should be ashamed of a monster they have created that helps no one and harms the environment and workers they seem to be protecting.

Without evading our responsibility to protect the environment, we should reconsider the grey areas in the prescribed regulations. To make business more efficient and uniform worldwide, the IMO HKC should be treated as the precise regulation for ship recycling. The implications of both EU WSR and SRR are punitive and designed to discourage owners from going to HKC compliant – the good – yards. In other words, while HKC has been a big step towards sustainable ship recycling, the EU regulation has slowed the adoption of sustainable ship recycling. This concern should be dealt with with the utmost urgency by all stakeholders. More importantly, we ask owners, advisors, and regulators not to bow to stupidity and fear headline risks when true courage is needed.

IMO Sub-Committee on Carriage of Cargoes and Containers 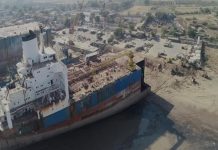 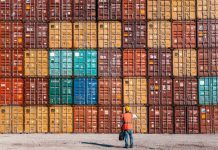