It is a region with terraced lemon orchards, a strangely warm mountain breeze, and a few fortunate locals who possess a potent fat-defeating gene.

Limone Sul Garda, a picturesque fishing village set on the shores of Lake Garda in Italy’s northern Lombardy region, is an unusual destination of barely 1,000 residents.

It is the most northern spot in the entire world where lemons are naturally grown and have an exceptionally mild climate, considering its location at the feet of the Alps.

Perhaps this mix of factors is what has led to the village’s claims of a secret “elixir” to a healthy, long life.

Many locals are apparently blessed with great digestive abilities that allow them to stuff themselves with cream-filled cakes and greasy cold cuts without worrying about expanding waistlines or heart problems.

These residents have what they call the “Limone gene,” which contains a special protein that destroys lipids and keeps blood fluid.

For 40 years, the people of Limone Sul Garda have been under scientific observation, with gene-carrying villagers tested as lab rats.

“The gene runs in my family,” says shopkeeper Gianni Segala, who jokes that the villagers are used as “blood bags” for scientists.

“My brothers and I, my mother — who’s 96 and still very bright — and all my children carry it.”

“Since the 1980s we’ve been giving away our blood for recurrent tests, we’ve almost been bled out entirely,” he adds wryly.

He recalls the first time the doctors had him swallow a sugary dose of whipped cream every two hours to monitor his blood.

“They took my blood after each bite, it was so sweet and greasy I felt nauseous, but even though I ate a lot of it my blood instantly destroyed the fats without assimilating them. By nightfall I almost fainted [due to blood loss],” he says.

However, even though people like Segala may never have to fret about clogged veins and blood clots, he says he leads a very normal life and is “no Superman.”

Cesare Sirtori, professor of clinical pharmacology at the Università Degli Studi di Milano, leads the team that first identified what Limone locals dub the “elixir” protein, calling it A-1 Milano. He says the people of Limone have exceptionally low HDL cholesterol levels (in a 7-15 range when normally it should be 40-60) which appears to be the result of a genetic mutation within the protein carrier.

“Having low HDL cholesterol — given that it is classed as ‘good’ cholesterol — is bad for you and leads to heart problems such as potential strokes, but in these locals, it has an inverse positive effect,” he says.

“And while 99% of protein genetic mutations trigger diseases and pathologies, this one has determined the absence of vascular diseases in carriers.” Sirtori is now studying the Limone gene to see how it could further the fight against atherosclerosis.

In 2000, he and his team lab-synthesized the Limone protein and injected it into rabbits. The animals saw a significant decrease in blood clots in their arteries.

He discovered that in Limone it is a dominant gene, found in the DNA of five-year-olds, youths, and the elderly alike.

‘Free to eat whatever I want’

The gene was first identified in the blood of a Limone train driver, an ancestor of Segala, who had been involved in an accident in Milan (hence the protein name A-1 Milano) and was taken to the hospital. Doctors who cured him were baffled by his astounding blood results and kickstarted a massive screening campaign in the village.

“I was just a kid when my blood was first tested, and the doctors come regularly to monitor how our gene is behaving,” says Giuliano Segala, Gianni’s son.

“The fact that I carry [the gene] gives me a sort of life insurance — I feel more shielded health-wise and confident I won’t have clogged arteries or die of a heart attack when I grow old.”

Even though he does occasionally feel like a guinea pig, Giuliano, who’s slim and fit, admits to happily indulging in greasy cured meats including mortadella, salami, and even lard — just like his grandmother, who looks after herself and cooks for the whole family. The younger Segalas inherited the gene from her.

“I never get a stomach ache and I eat whatever I feel like. I love Colette (breaded and fried veal cutlets), fried foods, and salamis, and I also love to drink. I sleep like a baby,” says Giuliano. But just because he’s a carrier of this superb gene doesn’t mean he always over-eats. He also exercises regularly, hiking with his father up mountain peaks to enjoy the spectacular views of nearby Lake Garda.

Sirtori is still hoping to analyze what happens if two carriers conceive a child. So far it’s been either the father or mother of a carrier to pass on the gene.

A powerful mix of factors

Sirtori says that this genetic mutation, and its associated health benefits, is unique to Limone — and can’t even be found in nearby villages. However, he isn’t interested in digging into why that is.

But others have. Antonio Girardi, a local hotelier who has traced back the entire family tree of the Limone gene transmission to the 18th century, believes the surroundings, climate, and natural produce play a key role.

“It can be this warm climate year-round — we never have snow or ice, which is also why lemons have been growing in this northern area here for centuries,” he says.

“Or perhaps it’s thanks to the extraordinary extra virgin olive oil we’re all weaned on, and the fresh lake fish we eat.”

Ever since the Renaissance, wealthy families have flocked to Limone’s shores for vacations, breathing in the sweet Alpine air mixed with citrus fragrances, and benefiting from the climate.

Girardi keeps a phone book with the contacts of all 60-something gene carriers. The other residents are split between those born in Limone and those from neighboring towns or abroad, lured by the paradisaical setting and sleepy vibe of Limone’s maze of cobbled alleys, and white passageways and dwellings.

In the past villagers were either fishermen or mountain woodcutters who transported logs on donkeys to be sold to the ships at the harbor. Today they all work in the tourist sector which draws big money.

Families stroll along the picturesque harbor and tourists visit the fishing museum. The cozy beaches lure sunbathers and sailing amateurs in summer while hikers explore the ragged tall cliffs looming over the lake.

“We must thank this very pleasant, extraordinary micro-climate which has gifted our people with such a natural elixir.” 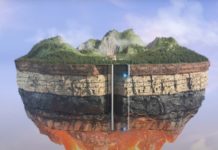 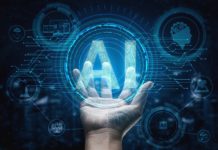 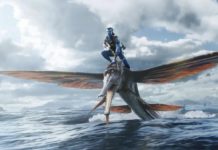