Around the world people are getting used to post-lockdown life with vaccines doing the heavy lifting against Covid-19 as restrictions are eased, reports BBC.

In China however, a hard elimination policy remains where the pandemic first began. Welcome to life in the country which now feels like a perpetual, back-to-zero-Covid world.

China was the first country to impose restrictions to combat this pandemic and it will be one of the last to ease them.

When you speak to ordinary Chinese people in the street, you will find that many do not seem to mind the continued strict anti-virus measures as long as they are kept safe.

Not so long ago, other countries like Australia, New Zealand and Singapore were also approaching each outbreak of the coronavirus as something that had to be completely stamped out in the community, sending cities into lockdown until the virus stopped spreading.

The two things that changed this approach were the emergence of the much tougher to control Delta variant of the disease and, more crucially, reaching high vaccination levels.

High vaccination rates meant people might still contract Covid-19, but not have to go to hospital.

As a result, borders elsewhere are opening to international travel. In China however, visas for foreigners remain hard to come by and Chinese people are still not having their passports renewed after they expire.

Elsewhere, people are “living with the virus”. Not in China, where yet another Delta outbreak is being attacked with the same zeal as before the vaccine.

If the official figures are accurate, over 1,000 local transmissions have been recorded since October.

The figure is not that high, but the spread is significant, hitting 21 provinces. This matters because even a couple of cases in China will trigger the same strict measures as hundreds or thousands of new infections.

‘Not a single infection is acceptable’

The authorities have shown no inclination to alter this approach, even as some Chinese scientists urge a re-think.

Professor Guan Yi, a virologist from Hong Kong University and adviser to the government, has called for a switch from mass nucleic acid tests (which find infections) to mass antibody tests (which might help scientists understand the effectiveness of vaccines).

In an interview with Phoenix TV he said that in the long run, there is no chance that a zero-Covid strategy could work in terms of achieving complete elimination.

“The virus is permanent now,” he said. “It’s the same as influenza, which will circulate in humans for a long time”.

This concept will not come as a surprise to people in other countries. In China however, the government has drilled the population to mobilise to get back to zero cases with each new surge of the virus. Changing this message will be hard.

“The zero-tolerance strategy is also part of the official narrative, to claim the success of the Chinese pandemic response model, the superiority of the Chinese political system. So if you give up that strategy, and then you saw the cases increasing significantly, you know that would lead people to question the model.”

He is not alone amongst academics who are now questioning Beijing’s direction.

Dr Huang Yanzhong, from the New-York based Council on Foreign Relations, says a key problem is that vaccines cannot achieve what the Chinese government would like them to, making Beijing wary.

“They’re not confident about the effectiveness of the vaccines – the ability to prevent infections,” he told the BBC, “because actually even the best vaccines can’t prevent infections – but the zero-tolerance strategy says we can’t accept even one single infection.”

Most immediately there is the Winter Olympics in February. Tickets have not gone on sale but the goal is to have spectators in the stands.

Sporadic outbreaks of Covid-19 in China is casting doubt on the country’s ability to maintain zero-Covid cases ahead of the 2022 Beijing Winter Olympics.

Next October is the Communist Party’s five-yearly Congress, when Xi Jinping is expected to begin a historic third term in office.

Another rather bleak interpretation is that General Secretary Xi Jinping and his administration like the idea of reducing foreign influence in China, and the pandemic has provided an excellent excuse to move in this direction.

On social media, some posts by nationalists have decried international influence on “China’s” way of doing things.

Either way, experts close to those in power here are not signaling an imminent end to zero-Covid. In fact, it is quite the opposite.

‘Too high’ a cost

Dr Zhong Nanshan is seen as something of a medical hero in China. The specialist in respiratory medicine shot to global fame in 2003 for challenging the then-government’s line that the Sars outbreak was not so severe.

These days, people – including officials – listen to what he has to say.

In a recent interview, he said China’s strict Covid amelioration measures would remain for “a rather long time”.

He added that a global Covid-19 mortality rate of 2% was too high for China to accept even with vaccines in place. The cost of opening too quickly was not worth it, he said, adding that China would be watching the experience of other countries under their “living-with-Covid” plans.

It is also important to consider that China’s officials can be quite conservative in their approach. It is possible that they plan to “re-open” the country again and are simply in no great rush to do so. 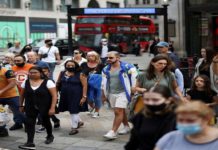 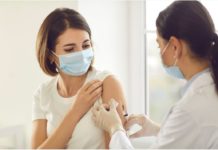 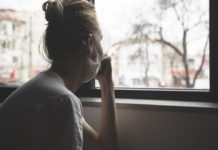