A recently published article in CNN written by Tara John and Zamira Rahim elaborate on the Pakistani airline crash that happened unexpectedly next to the airport in Karachi. At least 76 bodies have been recovered after Pakistan International Airline flight 8303 crashed in Karachi Friday, according to a statement from the Sindh Health Department.

The Pakistan commercial flight did not crash into a building and no bodies of residents have been retrieved, according to Pakistan International Airlines (PIA) CEO Air Vice Marshal Arshad Malik.

Malik said at a news conference in Karachi Friday that they are tracking the number of dead by coordinating with local hospitals which will take at least two days.

All checks and certifications had been in place, nothing was pending and the airline was operationally and administratively good to go, Malik added.

“Air travel is the safest. PIA’s pilots and engineers follow SOPs [standard operating procedures] and are highly qualified A320 is one of the safest planes in the industry,” he said.

Malik could not yet confirm why the accident took place but said there will be a proper inquiry. A pilot on Pakistan International Airline flight 8303 told air traffic control in Karachi he lost engines before the plane crashed on Friday.

In an audio recording of aircraft communications obtained by CNN, from a Pakistani government source, the pilot can be heard speaking with air traffic control about his approach before saying, “We are proceeding direct, we have lost engines.”

The Airbus A320 is a twin engine aircraft.

A spokesman for the government owned airline, Pakistan International Airlines, Abdullah Khan confirms the authenticity of the recording.

On the recording, air traffic control asks the pilot to confirm a belly landing. The pilot’s response is inaudible.

It is unclear why they are discussing a belly landing.

A few seconds later the pilot can be heard giving several Mayday calls followed by a response from air traffic control that both runways are clear to land.

Pakistan’s Prime Minister Imran Khan has expressed his shock over the Karachi crash near the neighborhood of Model Colony.

“Shocked & saddened by the PIA crash. Am in touch with PIA CEO Arshad Malik, who has left for Karachi & with the rescue & relief teams on ground as this is the priority right now.” he wrote on Twitter.

Khan added that an “immediate inquiry” will take place. “Prayers & condolences go to families of the deceased,” he said. No fatalities have yet been publicly confirmed. 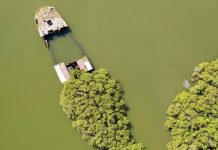 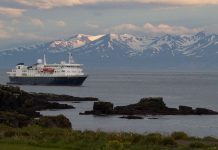 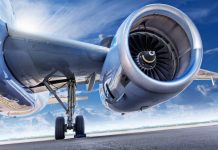 Mfame Team - February 16, 2018
0
Soon after delivery, Eduard Toll made its way to complete both its first loading at Sabetta Terminal Russia and first discharge in Montoir, France....
Powered by Pojo Software Pvt.Ltd
This website uses cookies to improve your experience. We'll assume you're ok with this, but you can opt-out if you wish.Accept Read More
Privacy & Cookies Policy
Necessary Always Enabled