A recently written article  by Vanessa Sims in The Mail, brings forth a throwback news featuring how giant ships move across the British roads to Walney Channel.

Why bus shelters and bollards were removed and replaced?

Between 1999 and 2001 bus shelters and bollards were removed and replaced on a regular basis as huge pieces of Wave Knight, Albion and Bulwark were moved from Devonshire Dock Hall to berths at the side of Walney Channel.

The Mail, on Thursday, May 4 in 2000, noted: “The heaviest load ever moved along a British road made its way safely from Barrow’s Devonshire Dock Hall to the slipway on Walney Channel today where two Royal Navy ships are being built.”

The 2,162-tonne engine room section of the assault ship Albion left the DDH at precisely 9.30 am to begin its snail’s-pace journey along North Road and Bridge Road to the slipway.

The Mail, on January 11, noted: A convoy of lorries removed and lifted on board bus shelters, street signs and bollards to give the load a clear path.

These precise moves generally went without a hitch but in December 1999 a delay in moving a section of Wave Knight brought an apology to motorists and Barrow Island families.

The 1,600-tonne tanker section set off an hour late and took 40 minutes to reach its destination, the first time there had been a substantial delay. 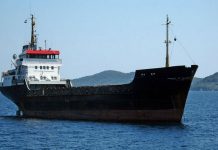 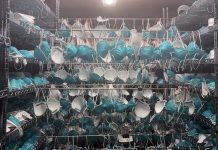 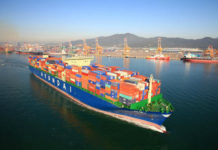 Mfame Team - April 18, 2017
0
Scenic Eclipse will feature the latest version of the advanced Azipod propulsion system. Disclaimer: This video is intended for informational purpose only.  This may...
Powered by Pojo Software Pvt.Ltd
This website uses cookies to improve your experience. We'll assume you're ok with this, but you can opt-out if you wish.Accept Read More
Privacy & Cookies Policy
Necessary Always Enabled