13th century medieval shipwreck has been granted the highest level of government protection in the UK in hopes of protecting a national historic treasure, says an article published in The Maritime Executive.

The Mortar Wreck, which was discovered in Poole Bay in Dorset in 2020, is among three shipwrecks that have been given government protection status by the Secretary of State for Culture based on the advice of Historic England.

The remains of the medieval ship were discovered by diver Trevor Small, who has operated diving charters for the past 30 years.

Tree ring dating of the wreck indicates that the timbers used to construct the hull are from Irish oak trees felled between 1242-1265, during the reign of King Henry III.

The survival of 13th-century vessels is extremely rare, and prior to the discovery, there were no known wrecks of seagoing ships from the 11th to the 14th century in English waters.

“Very few 750-year-old ships remain for us to be able to see today and so we are extremely lucky to have discovered an example as rare as this and in such good condition. A combination of low-oxygenated water, sand and stones has helped preserve one side of the ship and the hull is clearly visible,” said Tom Cousins, Maritime Archaeologist at Bournemouth University.

Other finds include a large cauldron for cooking soup, a smaller cauldron, which would have once had a long handle for heating water, and mugs covered in concretion, the hard solid mass that forms over underwater objects over time.

Both were discovered off the Isle of Wight by divers Martin Pritchard and Dave Fox.

While the NW96 wreck is thought to be the remains of an armed merchant ship, NW68 is believed to have been a mid-late 17th century armed vessel, probably of Dutch origin.

The ingots are a fixed size and weight and would have been used as currency for trade.

“These fascinating shipwrecks can reveal so much to us about our national history and it is right that we protect them for future generations. The survival of the 13th-century Mortar Wreck is particularly rare, with timbers dating to Henry III’s reign, and the 16th and 17th-century Shingle Bank Wrecks shed light on historical trading,” said Nigel Huddleston, Heritage Minister.

The granting of government protection to the three shipwrecks brings to 57 the total protected wreck sites in English waters.

Their status means that divers need a special license administered by Historic England to dive the wrecks.

Their artefacts are protected and their condition will be carefully monitored. 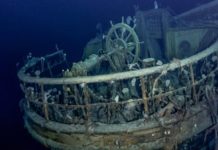 Why Is The Baltic Sea Home To So Many Shipwrecks? 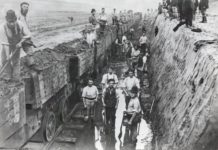