A week after publishing ‘Fuel Quality Watchdog’ – where it was stated that Fuel Changeover & Loss of Propulsion (LOP) Risks are Increasing Alarmingly! No wonder, here comes a stunner where The Pilot’s association contends a report published by NTSB which stated that the collision between Bulk Carrier ‘Conti Peridot’ and the Tanker ‘Carla Maersk’ was due to pilot’s inability to handle the ship as well as lack of communication during bridge watch.

NTSB – National Transport Safety Board released reports on an accident where a bulk carrier and an oil tanker collided in the ship’s channel at Houston in March 2015.  The NTSB reports said that the bulk carrier Conti Peridot lost control and collided with Carla Maersk where an estimated 2,100 barrels (88,200 gallons) of methyl tertiary butyl ether spilled from the Carla Maersk, and the two vessels sustained about $8.2 million in total damage.

The Houston Pilots Association contends that a Ship Channel crash and chemical spill in March 2015 was most likely caused by a switch to ultra low-sulphur fuel oil that led one of two vessels that collided, the Conti Peridot, to unexpectedly lose power only seconds before the accident.

The pilots’ conclusion stands in contrast to a summary released earlier this month of an investigation by the National Transportation Safety Board, which described pilot decision-making as the “probable cause” of the accident.

In a rebuttal to the NTSB, the pilots note that the March 9 collision and leak came only six days after the U.S. Coast Guard issued a “Marine Safety Alert” that warned that a new North American and Caribbean environmental requirement to use ultra low-sulphur fuel oil had been associated with other pollution events and unexpected “losses of propulsion” in ships nationwide, according to a government document.

“Pilot George C. “Chris” Reeser, the pilot who was on board the bulk carrier Conti Peridot, says an unexplained loss of speed indicates that ultra low-sulphur fuel oil is to blame for the crash between the ship he was piloting, the Conti Peridot, and the Carla Maersk chemical tanker”.

Steve Nerheim, director of the Coast Guard’s Houston/Galveston Vessel Traffic Service, told the Chronicle that his office is already investigating a series of lost-power incidents on the ship channel.

Fourteen collisions occurred in the Houston Ship Channel in 2015, twice as many as in 2014 – and for the last three years, an average of 60 vessels per year reported loss of propulsion. 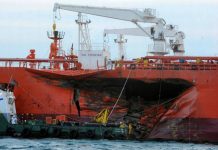 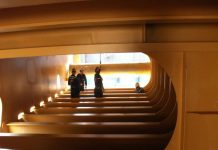