French firm Airseas is one of many businesses now using wind energy to clean up the world’s shipping industry, modernising a centuries-old idea, as reported by Canary Media.

A red-and-white kite hovers 660 feet above a big blue vessel sailing across an empty, sweeping stretch of the Atlantic Ocean.

The 2,700-square-foot parafoil is helping to tow the cargo ship and lessen the workload of the massive diesel engines — reducing the ship’s use of dirty fuel.

On Tuesday, Airseas shared the first footage of its Seawing towing system in action.

The French startup, which was founded by former Airbus aeronautical engineers, said it successfully completed the ​“crucial initial stages” of its transatlantic sea trials.

Tests are taking place aboard the vessel Ville de Bordeaux as it carries Airbus aircraft parts between France and the United States.

Airseas’ announcement comes days before global shipping regulators are set to meet in London to discuss policies for curbing pollution and spurring the adoption of zero-emissions fuels.

The International Maritime Organization, a U.N. body, will hold environmental meetings next week and again in the summer of 2023 to negotiate a net-zero emissions target for 2050.

International shipping accounts for nearly 3% of the world’s annual carbon dioxide emissions, according to the organization.

That percentage is expected to climb in coming years as more ships make more voyages to transport higher volumes of T-shirts, electric cars, plastic pellets and countless other types of cargo.

First of its kind

With the flip of a switch, the kite automatically unfurls and positions itself in the wind to help pull the ship forward.

The system is intended to fit onto any type of commercial vessel.

​“After the flight, we have to ensure that the Seawing lands smoothly and precisely on a moving target: the ship bow, which is oscillating on waves and generating heavy turbulence and movement.”

Engineers also had to create new safety processes for handling the first-of-its-kind system.

“And we have to do all this in the middle of the Atlantic Ocean,” Bernatets said.

He said tests in 2023 will also confirm exactly how much the kite helps to reduce the vessel’s fuel use and associated emissions.

“Ultimately, the Seawing needs to be automated and easy to use,” he said.

The six-year-old startup already has a major customer lined up.

The first of those kites are due to be installed this month, Bernatets said. 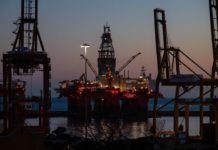 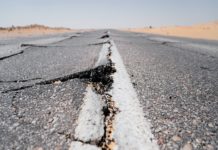 [Watch] Earthquake Strikes In Syria and Turkey, Searching For Survivors 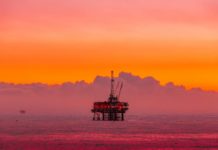