The market is showing no signs of easing as rates continued to ascend this week reaching record highs for the 5TC average at $40,608, reports Baltic Exchange.

To be reminded of when these levels were last reached, the Capesize market traded under the 4TC routes and it was late Q3 2013. This week a stronger lift was realised from the trans Pacific C10 moving up $7,988 to $40,692, while the trans Atlantic C8 remains the premium-paying basin gaining $5,150 to $42,600. With relatively static bunker prices this week, it appears these gains are purely coming from the demand for shipping. Underpinning the demand was iron ore prices continuing to climb, now at a lofty $192 pmt as steel demand remains strong. Out of West Australia on the C5 route to Qingdao freight is now priced at $13.241, which is up $1.691. A shorter week due to UK May bank holiday on Monday, as well as Golden Week holidays in several Asia countries may dampen some market activity. However, it may be unlikely to have any lasting effect on this supported Capesize rally.

A lethargic start to the week in the Atlantic as the Panamax market saw little in way of trans-Atlantic enquiry, the north appeared mainly fronthaul centric with strong grain and mineral demand from NC South America and US Gulf. Some APS load port trans-Atlantic fixtures reported Monday/Tuesday but a sudden push midweek – with suggestions of a possible FFA/Cape correlated influence – appeared to level off Thursday as we approached the long weekend with various upcoming holidays. EC South America fixtures were solid, if not spectacular overall, with a steady flow throughout the week. Asia began active especially from Australia and Indonesia, Indonesia round trips hovering all week around the upper $20,000’s and $30,000 mark. NoPac was sluggish all week an 82,000-dwt delivery Japan achieving $26,750 midweek but little else emerged. Period rates appeared healthy, particularly off the back of FFA gains midweek. An 82,000-dwt delivery China achieved $23,000 for seven to 10 months period charter.

The main focus during the early part of the week was in the Asian market, where rates still maintained healthy levels. In the Atlantic, demand appeared to ease due to limited fresh enquiry, which was perhaps a consequence of the impending holidays in both the U.K and Asia next week. There was still some period activity with a 63,000-dwt open north China fixing for one year at $21,000. In the south Atlantic, pressure eased slightly. An Ultramax fixing in the region of $19,850 plus a ballast bonus around $985,000 for a trip delivery east coast south America to south east Asia. Elsewhere, a 55,000-dwt fixed delivery west Africa for a trip to Black Sea at $20,000. From Asia, rates remained firm a 56,000-dwt open Ningde fixing a coal run via Indonesia to China at $26,000, whilst a 63,000-dwt open Philippines fixed a trip via Indonesia to Thailand at $30,000. The Indian Ocean still maintained good levels a 61,000-dwt fixing a trip from east coast India to China at $31,000.

The Asia markets made large upward moves this week, which some brokers felt was due to a lack of available tonnage. The Atlantic showed signs of stalling, with impending holidays in parts of Europe being a possible reason. Period activity continued, in Asia a 37,000-dwt open China fixed four to six months at $23,000 with worldwide redelivery, whilst in the US Gulf a 37,000-dwt fixed four to six months at $17,500 for Atlantic Redelivery. On the shorter trips, a 38,000-dwt was rumoured to have fixed a trip from Thailand via Indonesia to China at a higher level of $24,000 and a 36,000-dwt fixed from Vietnam to the US West Coast with bulk cement at $31,000 as the cargo often commands a premium. A 38,000-dwt open in South Korea was rumoured to have fixed a trip to the Continent at $24,000. Rates from east coast South America for trans Atlantic were fairly static. A 38,000-dwt from river Plate to the Continent-Mediterranean was fixed at $21,000. 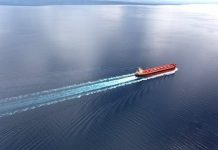 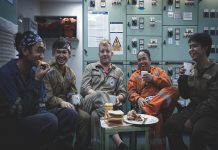 The Importance Of Outsourcing To Ensure Seafarers’ Wellbeing

Maersk Head To Focus On Profitability Over Market Share