There are seven new cases of COVID-19 in Newfoundland and Labrador on Sunday, with a cargo ship anchored in Conception Bay also reporting 11 new confirmed cases among crew members, reports CBC.

All of the seven reported cases are related to travel within Canada. The new cases include:

With the 11 new cases reported aboard the Federal Montreal cargo ship Sunday, a total of 12 crew members have been confirmed positive for the virus. According to public health, all crew members have now been tested. One crew member is in hospital due to COVID-19.

There is no risk of community spread, according to Sunday’s release from public health, as crew members remain on the ship and are following orders directed by the Public Health Agency of Canada.

There are no recoveries Sunday, with two people in hospital due to COVID-19. That number is down from three on Saturday.

A third travel advisory was issued shortly after Sunday’s update, advising passengers who travelled on Air Canada Flight 8016 from Montreal to St. John’s on Friday to get tested for COVID-19.

Health officials also provided an update on two cases where an infection source was under investigation. The case reported Saturday in the eastern region is related to travel within Canada, while the case under investigation in the Western Health region announced on April 23 does not yet have a known source of infection.

Newfoundland and Labrador saw a total of 30 cases over the past week. The number represents a jump of 16 from last week, when the province saw 14 cases from April 18 to April 24.

While case numbers this week stayed relatively low compared to other regions, the jump in cases can be attributed to multiple days of at least seven new cases.

New Brunswick reported six new cases of the virus, along with its 37th virus related death.

Prince Edward Island had not given an update on COVID-19 cases as of 3 p.m. NT. 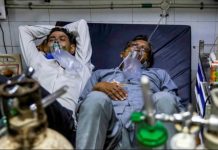 All You Need To Know About the Covid-19 Indian Variant 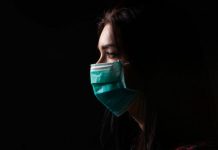