The capesize market showed some resistance this week to recent losses as all routes saw a small uptick in value to end the week.

With no particular improvement in fundamentals – and a relatively quiet fixing week – owners may have shown enough collective resilience to have turned the tide.

A backwardated forward curve illustrating a capesize 5TC spot level from today of $25,085, down to Q4 at $17-18k, gives an indication of market confidence.

This lack of confidence may be offset as the recent rally has been driven in part by positional tightness, which is sure to continue in this unique 2020 year.

Minimal tonnage remains in the Atlantic making it prone to spiking. But a lack of West Africa cargo due to the rainy season is helping to relieve any pressure that may build.

The Atlantic basin has widened its premium over the Pacific to a difference of +$9532.

C5 and Brazil to China C3

The West Australia to Qingdao C5 shed more than 80 cents to settle end of week at $8.132. The Brazil to China C3 encountered similar pressure dropping 79 cents to post at $18.295.

A muted week in the panamax market with rates easing in all areas as the week progressed. A vast difference of opinion built up on where the true values sat and consequently the bid/offer spread widened with fixing volumes down on the week.

In the Atlantic, with reduced activity out of EC South America and longer duration trans-Atlantic business lacking, the short Baltic and Kamsar round trips appeared popular with some to take cover.

Despite less salvation from EC South America and weaker FFA values, there was less of a decline in rates out of Asia. However, easier rates were certainly concluded over the week – including an 82,000dwt delivery China fixing at $12,500 for a NoPac round trip. The rate on Friday was more akin to $11,500 for the same.

Positive movement for the BSI again during the week.

US Gulf and east Mediterranean

But as it ended, sentiment wavered from areas such as the US Gulf and east Mediterranean with limited fresh activity. Period activity was limited, but a 62,000-dwt newbuilding scrubber fitted was fixed for five to eight months trading at $13,000.

Further north, a 61,000-dwt was reported fixed from the US Gulf for a petcoke run via India redelivery Durban at $20,000. The Continent was patchy, but a 61,000-dwt fixed a scrap run to the east Mediterranean at around $16,000. From Asia gains were made.

The Indian Ocean lacked fresh impetus but a 58,000-dfwt fixed from the Arabian Gulf to Bangladesh at $16,000.

There was talk of higher numbers from the Continent and Mediterranean, with more activity reported in the second half of the week.

Mediterranean the HS3 route from east coast South America climbed over $12,000 this week and is now at the highest point of the year.

The US Gulf market

The US Gulf market continued the trend from last week and remained firm, but the Pacific showed more signs of slowing down with little gossip emerged.

Rate for moving steel via the Black Sea

A 37,000-dwt was booked for moving steels via the Black Sea to Egyptian Mediterranean at $7,250 basis Canakkale delivery. 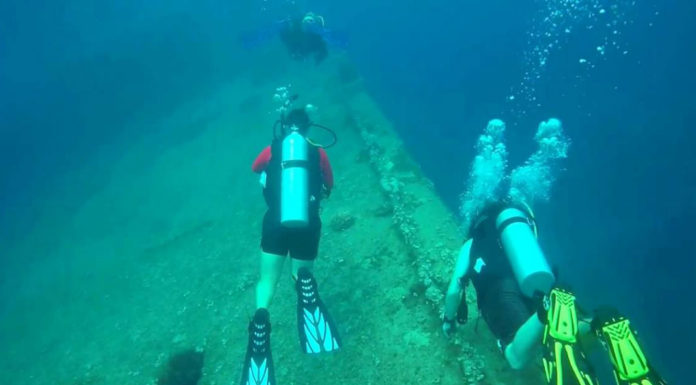 First Baby Ever Born on a German Naval Vessel