According to an article published in Shipbreaking Platform, the beaching method of ship recycling in South Asian yards results is dangerous.

Is the beaching method dirty and dangerous?

Over the last decade, far-reaching agenda-driven institutions have published numerous articles, cover stories, and quarterly reports highlighting how the beaching method of ship recycling in South Asian yards results in “dirty, toxic and dangerous scrapping” with “dire working and living conditions for workers”.

There is vehement opposition for the beaching of ships for recycling that is practiced in South Asian Countries by these institutions. Moreover, these institutions conclude that poor working conditions with no infrastructure, low wages, compromised labour rights and environmental standards are the only reason why end-of-life ships fetch more money when sold to the recycling yards operating in the Indian sub-continent when compared with recycling yards in Europe and Turkey.

As such, it is imperative to re-emphasize that in the last four years, nearly 80 ship recycling yards in India (out of 120 working yards) have achieved Statements of Compliance (SoC) with the Hong Kong Convention by various IACS class societies – including ClassNK, IRClass, Lloyd’s Register, and RINA. In addition, a yard in Chattogram, Bangladesh has also become the first one to achieve an SoC by ClassNK in January 2020, having first achieved a RINA SoC in 2017.

Furthermore, to encourage the positive growth of India’s vital ship recycling sector, in November 2019 the Government of India acceded to the Hong Kong Convention for Safe and Environmentally Sound Recycling of Ships and became the only South Asian country and major ship recycling destination so far to take such a positive step.

Additionally, major blue-chip Ship Owners of the world such as Maersk, China Navigation, Teekay, Transocean, MOL, NYK, and several other major Japanese & Norwegian shipowners have visited & vetted yards in Alang and decided that Indian yards are well up to their standards and are a viable destination to recycle their end-of-life tonnage.

Moreover, twenty Indian ship recycling yards have submitted their applications to the European Commission in order to audit their recycling facilities for inclusion in the EU’s list of approved ship recycling yards and several of these yards are currently undergoing EU-audits, which certainly demonstrates that they must have passed the preliminary requirements to merit a possible inclusion under the EU Ship Recycling Regulation (EUSRR).

As a matter of fact, ship recycling yard owners have indeed made massive investments to upgrade their recycling facilities, including 100% impervious floors with drainage systems; heavy lift cranes; yard and vessel-specific training for workers; and the development and implementation of Ship Recycling Facility Plans and Ship Recycling Plans (as per IMO’s guidelines in Resolutions MEPC.210(63) and MEPC.196(62)).

The institutions that have been tireless in criticising South Asia’s yards have deliberately remained blind to the tremendous improvements that have taken place there. Such large-scale development cannot be shrugged-off with baseless statements that the beaching method is toxic, and blatantly false statements that all yards in South Asia are the same, irrespective of their level of advancement.

There can only be two logical reasons for the critics to be vocal in their opinions. First, they view these certificates as not good enough and believe that yards continue to operate in the same manner as they were operating before obtaining their HKC certification. Secondly, in the minds of critics, the Hong Kong Convention may be a grossly inadequate standard to regulate the recycling of ships.

In response to the first point, it would be unwise to question the integrity and professionalism of reputed classification societies having IACS memberships. Regarding the second point, it is true that critics of the beaching method are also critics of the Hong Kong Convention because of the simple fact that it does not ban the beaching of vessels.

Nevertheless, it has to be remembered that the Hong Kong Convention was developed by a large number of countries under the aegis of the International Maritime Organization (IMO), a United Nations Specialized Agency.

The IMO decided that banning the beaching method (which currently is used for over 92% of the recycled tonnage) would be wrong as well as counterproductive. Moreover, the real improvement that has taken place in the last few years can be seen today on these yards during an in-person visit.

Therefore, it is important to explore and define the inherent reasons associated with South Asian countries fueling their ability to recycle over 92% of end-of-life ships. This article is an effort to demystify said claims through a systematic analysis of the economics of end-of-life ships in India and Turkey. 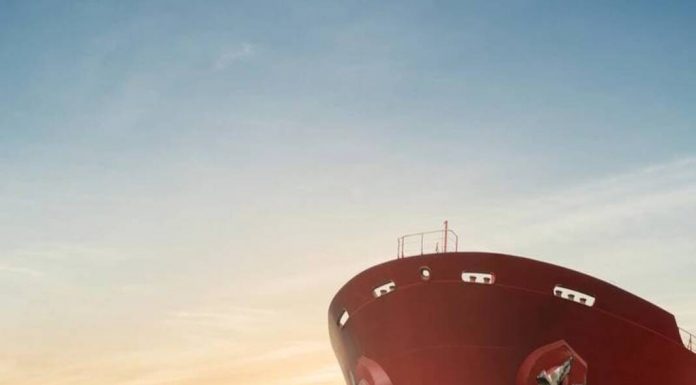 Harmony of the Seas Officially Named by Her Godmother