According to a Loadstar article, the number of containerships transiting the Panama Canal during its fiscal year ending 30 September declined slightly, by 1.1% to 2,575.

What’s in Store for Panama Transit?

The 14–day saving to the US Gulf for the all-water route via the Cape of Good Hope and 11 days via the Suez Canal, along with cost savings over the intermodal route alternative via the US west coast, have been the drivers of solid growth at US east coast and Gulf coast ports.

According to Blue Alpha Capital data, the number of containers handled by container terminals on the east coast increased 5.4%, year on year, in the three months to the end of August, to 2,551,099 teu. But the biggest winners were the Gulf Coast ports, gaining an average of 7% in box volumes in the period.

And New York also improved, by 3.5%, recording a much better performance than its west coast rivals. Indeed, the major west coast ports posted a decline of 1.9% in the same period, to 2,895,778 teu.

Moreover, container spot rates on the Asia to US east coast tradelane have been more robust than for the west coast route, standing at some $2,346 per 40ft, compared with approximately $1,300 for the west coast.

Nevertheless, both markets have been hit by the volatility triggered by the US/China trade war, which has prompted an erosion of rates of some 13% for the east coast and 18% for the west since the end of August.

This has prompted carriers to announce a raft of blanked sailings on both routes which could extend right through the slack season.

As a consequence, the Panama Canal Authority can expect a reduction in the number of Asia to US east coast container vessel transits in the coming weeks with services resuming ahead of the Chinese New Year which falls on 25 January next year. 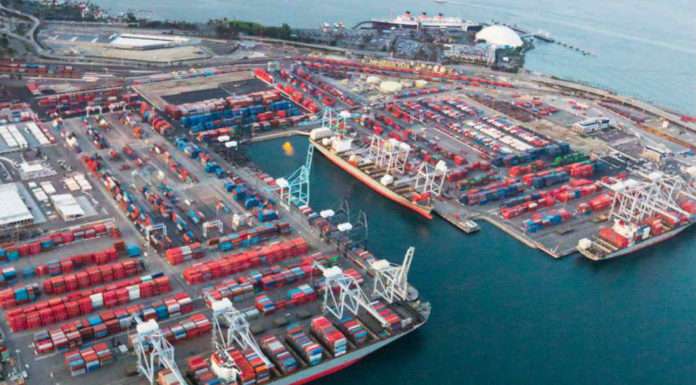 Implementing Clean Tech Is A Challenge

A Sensor to Monitor and Measure Dangerous Gases