A recently published article in Clean Technica, highlights the importance of renewable energy and subsidies provided to fossil fuel.

Since then, installed solar capacity in the US has grown from about 2 gigawatts to 78 gigawatts: enough to power 14.5 million homes. Similarly, wind capacity around the country grew from 35 gigawatts in 2009 to over 107 gigawatts in 2020. These clean energy sources haven’t just prevented millions of tons of planet-warming, air-polluting emissions — they’ve created millions of high-quality jobs, helping boost the economy when it mattered most. The stimulus push wasn’t the only factor, but it was an important one.

Now, 10 years later, you might say the opposite is happening Fossil fuels: an industry that declines

First things first, how exactly has the Trump Administration been propping up fossil fuels? To name a few highlights, since the pandemic started, the administration has:

The threat of our changing climate aside, these actions just don’t make economic sense. Why? Because these industries were in decline before this pandemic even started. Let’s take a look at each one.

In 2019 alone, US coal-fired electricity output dropped by 18 percent, reaching its lowest level since 1975. This consistent, years-long decline is largely the result of increasingly cost-competitive solar and wind energy.

So cost competitive, in fact, that it’s now more expensive to operate 74 percent of US coal plants than to build and use renewables.

Those facts, combined with rising public concern over coal’s health-damaging, planet-warming pollution, make it clear that a US coal phase-out should be only a matter of time.

Next up, oil and gas

Despite a boom over the past decade thanks to shale fracking, oil and gas face an increasingly pressing problem — they’re largely unprofitable for US drillers. Many companies in the space today continue to operate exclusively thanks to billions of dollars of investment that might never be paid back.

As news site oilprice.com reported in 2019 (note, before the pandemic):

Similarly, a 2020 report by the Center for International Environmental Law (CIEL) describes how oil, gas, and petrochemical companies showed “clear signs of systemic weakness” long before the COVID-19 economic crisis as a result of:

Clearly, just like coal the oil and gas industries were already in trouble. If anything, the COVID-19 crisis is just amplifying their preexisting woes.

Renewables: good for the planet and for the economy

Now, like just about any other sector, renewable energy currently faces significant losses as a result of the COVID-19 pandemic. Nearly 600,000 clean energy workers around the country have lost their jobs and projects are being put on hold. However, this crisis is also demonstrating this industry’s remarkable durability.

Recent headlines highlight how, even in the midst of this crisis, the US clean energy transition is still going strong:

Those are a just a few US-focused headlines, but long-term projections tell the same story all around the world: renewables are here to stay.

According to the International Energy Agency, although growth in renewable electricity generation is smaller than anticipated before the COVID‑19 crisis, it’s still expected to rise by nearly 5 percent in 2020.

Similarly, the Financial Times recently described how, “Renewable energy is one of the few sectors that has managed to weather the devastating effects of coronavirus, with new deals and new records being struck, even while the rest of the world has been grappling with the pandemic”.

Economics are increasingly on the side of renewables, making them the right choice both financially and environmentally. So, why won’t the Trump administration embrace the transition away from fossil fuels that we need? Just like a decade ago, supporting clean energy today could supercharge our economy while tackling the climate crisis. 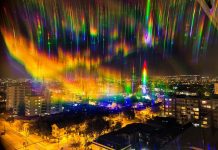 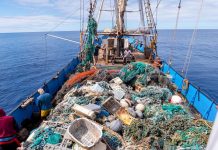 Decarbonizing the Shipping Industry A Distant Dream Due To Covid 19

Mfame Team - October 25, 2017
0
A CRUISE ship storm video has gone viral after it shows the moment it crashes into another boat in port. Disclaimer: This video is intended...
Powered by Pojo Software Pvt.Ltd
This website uses cookies to improve your experience. We'll assume you're ok with this, but you can opt-out if you wish.Accept Read More
Privacy & Cookies Policy
Necessary Always Enabled