The images from the NASA’s New Horizon’s spacecraft have revealed that planet Pluto has icy mountain range and these ranges are very high to the extent of 11,000 ft.

The close-up images released by NASA’s New Horizon’s spacecraft after its historic flyby of the dwarf planet presented that Pluto has 11,000 ft mountains, which are made of ice water and is possible to have volcanoes and geysers.  The spacecraft was as close as 12,500km to the planet and grabbed a huge volume of data.  They are also agreeing to the facts that there are signs of geological activity on Pluto and its moon Charon and this fact was accentuated by Project Scientist John Spencer.  The team believed that Pluto is one of the youngest surfaces that have been observed in the solar system.  The age estimate for the planet is based on the lack of craters in the image.  They are also of opinion that Pluto cannot be heated by “gravitational interactions” with a much larger planetary body and there must some other processes that are responsible for generating these mountainous landscapes.

The team members are relating the height of mountains to North America’s Rocky Mountains and have named the prominent heart-shaped region on Pluto after the world’s Astronomer Clyde Tombaugh, who discovered Pluto in 1930. 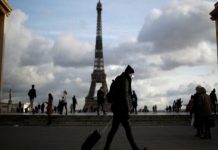 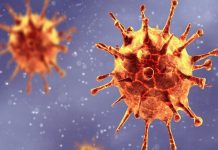